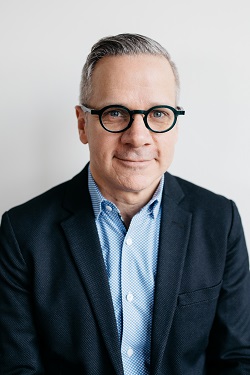 Christian has over 20 years of experience in the fields of public opinion and market research. Christian is Executive Vice-President at Leger and manages its Montreal research team. He is also a partner in the firm and acts as a senior consultant to the firm’s major clients. As a spokesperson for the company, Christian is a political commentator for the CBC and consumer trends columnist on Radio-Canada. One of the many projects that Christian oversees is the Leger annual WOW Customer Experience Index which is an industry benchmark that provides amazing insights for Retailers. Christian still teaches research methodology at Université de Montréal 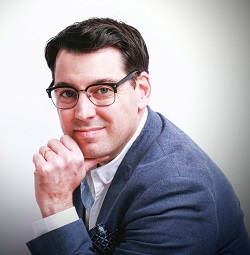 Carl is a Montreal based business strategist and executive advisor with over 25 years of hands-on operational, marketing, merchandising and retail executive experience. He has worked across a full array of retailer environments from the very large, such as 10 years with Costco Wholesale to working as a strategy consultant for a group of 800 independent retailers across Canada. As the founder of StudioRx, he advises retailers, business leaders, b2c solution providers, companies and researchers on how to tailor their solutions according to consumers’ evolving needs and build effective commercial strategies. Recently named by Rethink Retail among the world's 100 top most influential retail thinkers , he's keynoted on major stages & screens around the world including NRF Big Show, ShopTalk, RCC STORE, Store of the Future (UK), ASEAN Retail Summit, Egyptian Retail Summit and Economic Forum of the Americas. He is a regular contributor to CBC/Radio-Canada, BNN Bloomberg TV, CBC News, Radio Canada Premiere and CTV News. He is currently completing his first book, The Great Acceleration: The Race to Retail Resilience. He holds an MBA from Queen’s University and advises several startups, retail associations and innovation labs including the Retail Council of Canada, several start-ups and is the principal advisor for the Retail Innovation Lab at McGill University. He also is since August 2020, lead marketing instructor at the McGill University Executive Institute. 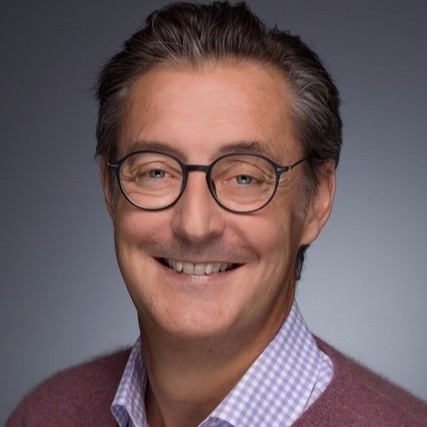 A nationally recognized leader in technology law, Charles brings deep understanding of disruptive technologies, providing practical advice to help clients fully exploit the promise of innovative solutions while managing risk. Charles is the co-leader of McCarthy Tétrault’s Information Technology Law Group, which was selected as “Technology Law Firm of the Year” by Chamber’s Canada in 2019. He is also co-leader of the firm’s national Cybersecurity, Privacy and Data Protection Group and a member of the Financial Technology (FinTech) group. He was selected as Montreal “Information Technology Lawyer of the Year” in the 2020 Best Lawyers in Canada Guide. Charles’ practice is focused on advising clients on their most complex commercial transactions involving IT outsourcing, systems integration, cloud, financial technologies, data security, data monetization, privacy, licensing, e-commerce and telecommunications. He is currently the President of the International Technology Lawyers Association and, in that role, he spearheaded the writing of the book “Responsible AI: A Global Policy Framework”, published in May 2019.

Entrepreneur at heart, Nicolas Duvernois has always had his head full of ideas. It was in 2006, while experiencing a catastrophic experience in business, he decided to found PUR Vodka. Knowing absolutely nothing about the field, it was by typing the word "vodka" into the Google search engine that it all began. In order to finance the whole thing, Nicolas was employed in a night hospital and developer of vodka by day for nearly 4 years. Today, Nicolas is the founding president of Duvernois Inc. , The largest independent producer of spirits in Canada. A visionary and creative leader, he is very involved in the community. With a bachelor's degree in Political Science from the University of Montreal, Nicolas also served on the Board of Directors of Investissement Québec. Nicolas is also the author of the three bestsellers"Entrepreneur in the Pure State","Longlive the crazy ideas! and "Successfultelecommuting," a featured columnist for The Business newspaper,an ideologue of the ADOPTE INC Movement. , speaker and Dragon in the popular radio show "Inthe Eye of theDragon"on Radio-Canada.

Judith Fetzer is the president and co-founder of Cook it, Canada's first ready-to-cook company dedicated to reducing the burden of meal planning and reducing food waste. A forerunner of a real digital revolution in the food industry, Judith created Cook it with the humble intention of changing people's lives. An ambitious entrepreneur, she now finds herself at the head of a Quebec company with more than 700 employees. Her unifying leadership enables her to lead several successful projects and encourage the next generation of women's entrepreneurs through numerous conferences and public appearances.

Marc Fortin, President of RCC Québec, has more than 30 years of experience in CPG companies in Sales, Marketing and strategic planning. Mr. Fortin also acted as a consultant in various industries through his consulting firm (StratMk), he was also President & CEO of the National Convenience Stores Distributors Association (NACDA) and President & CEO of Distribution Canada Inc. (DCI). Mr. Fortin also held numerous executive and senior management positions during his career with Molson-Coors, Kellogg's, Maple Leaf foods, Canada Bread and Borden-Catelli. He holds a bachelor degree in Marketing and Economics from the UdM (Université of Montréal). 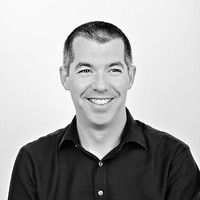 Jean-Philippe Gauthier is a member of Google’s media platforms and solutions teams. Fascinated by technology, he developed his first piece of software on a Radio Shack TRS-80 at the age of eleven. He continues to explore the practical application of technology to help his partners in achieving their goals. His role at Google involves educating people about media solutions and platforms, enabling them to make good use of them, and inspiring them to create things that are out of the ordinary. Jean-Philippe received a Bachelor of Business Administration from Concordia University, and is a graduate of Northwestern University and MIT Sloan School of Management. He joined Google in 2014 after having held senior management positions at Mediative, StreamTheWorld, Lapresse.ca and Bell Canada.

With more than a decade of experience in politics, public relations, communications and public affairs, Francis Mailly joined the RCC in 2019 as a government relations advisor, food division. His experiences in the House of Commons as Parliamentary aid and as Communication director and General manager of the Mouvement national des Québécois give him a thorough knowledge of Quebec and government apparatus. Entrepreneur at heart, Francis has also worked to start a business in the refrigeration sector, in addition to consultant roles. Francis holds an MBA from HEC Montréal, with honors, a post graduate degree in public relations and a bachelor's degree in political science (Laval University).

Jean-Michel Maltais is Senior Vice-President, Omnichannel, for New Look Vision Group. He is a seasoned executive with 25 years’ experience in various engineering, strategy and marketing roles on the international business scene. A strong believer in putting the customer experience as the primary driver of technology decisions, Mr. Maltais is passionate about leading teams and companies through change with all the energy and conviction it requires. Before joining New Look Vision Group, Mr. Maltais has delivered successful digital transformations in several bluechip companies across different industries in both the B2B and B2C space, including O2 UK (cellular), kgb (consumer services), Pearson UK (education) and Travelport (travel). Mr. Maltais holds a bachelor’s degree in Electrical and Computer Engineering from Université Laval, an MBA from Cranfield UK School of Management and a Postgraduate diploma in Marketing from the Chartered Institute of Marketing UK. 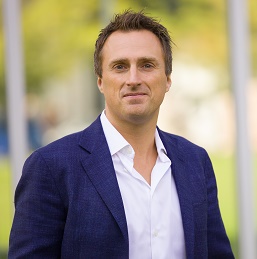 Visionary and fervent defender of an optimal customer experience, Jean-François acts as a strategic advisor to the clients of Paxyl Solutions. He made his debut in the field of telecommunications in 1997 and began his specialization in call center technologies in 1998. With his experience, he shares with business leaders the major trends and technological solutions available on the market.

Anaïs Trifiro is RCC's Director of Member Communities and Education. Based out of our Montreal office, she supports our HR and Health & Safety Communities and oversees services, programs and tools offered to our members in these areas, across Canada. Anaïs has extensive HR experience in the retail industry and oversaw HR operations and strategies for North America and Europe for a large retailer for several years.